What happens if an individual can’t pay taxes 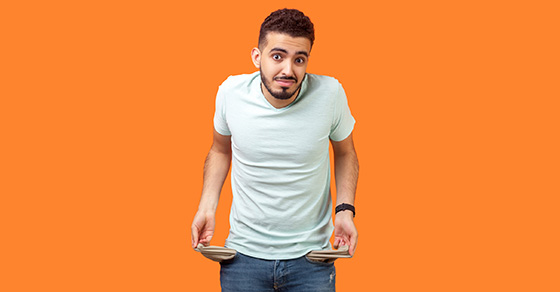 While you probably don’t have any problems paying your tax bills, you may wonder: What happens in the event you (or someone you know) can’t pay taxes on time? Here’s a look at the options.

Most importantly, don’t let the inability to pay your tax liability in full keep you from filing a tax return properly and on time. In addition, taking certain steps can keep the IRS from instituting punitive collection processes.

Keep in mind that an extension of time to file your return doesn’t mean an extension of time to pay your tax bill. A payment extension may be available, however, if you can show payment would cause “undue hardship.” You can avoid the failure to pay penalty if an extension is granted, but you’ll be charged interest. If you qualify, you’ll be given an extra six months to pay the tax due on your return. If the IRS determines a “deficiency,” the undue hardship extension can be up to 18 months and in exceptional cases another 12 months can be added.

If you don’t think you can get an extension of time to pay your taxes, borrowing money to pay them should be considered. You may be able to get a loan from a relative, friend or commercial lender. You can also use credit or debit cards to pay a tax bill, but you’re likely to pay a relatively high interest rate and possibly a fee.

Another way to defer tax payments is to request an installment payment agreement. This is done by filing a form and the IRS charges a fee for installment agreements. Even if a request is granted, you’ll be charged interest on any tax not paid by its due date. But the late payment penalty is half the usual rate (0.25% instead of 0.5%), if you file by the due date (including extensions).

Tax liabilities don’t go away if left unaddressed. It’s important to file a properly prepared return even if full payment can’t be made. Include as large a partial payment as you can with the return and work with the IRS as soon as possible. The alternative may include escalating penalties and having liens assessed against your assets and income. Down the road, the collection process may also include seizure and sale of your property. In many cases, these nightmares can be avoided by taking advantage of options offered by the IRS.